Open from End of March to End of October

Open from End of March to End of October

Perched on the edge of Clifden Harbour, The Quay House is just minutes from the centre of this vibrant, engaging town. Dating from 1820, it is Clifden’s oldest house, originally built for the harbour master. The present owners are Paddy and Julia Foyle, whose family have been involved in tourism in the region for almost a century. They are constantly on hand to share their suggestions of what to see and do. Paddy & Julia also preside over the finest of breakfasts–the perfect start to a day exploring Connemara.

The Quay House stands right beside the harbour in the market town of Clifden, long considered the capital of Connemara, a beautiful region of mountains, lakes and coastal inlets and the most westerly part of County Galway. Fishing boats and traditional gaff-rigged Galway Hookers are moored right alongside the house, yet it is just a short walk from the centre of the town, with its colourful restaurants, cafes and shops.

The Quay House was originally built as a residence for the Harbour Master, but it subsequently became a Franciscan monastery, then a convent and finally a Country House Bed & Breakfast owned by the Pye family, so it has had a long and chequered career. Today it is run as a Town House by the Foyle family, whose forebears have been entertaining guests in Connemara for nearly a century.

The owners, Paddy and Julia and their family, operate a luxurious town house in what is still very much their own family home. The decoration of the main reception rooms displays their eclectic collection of pictures and objects, which reflects their wide-ranging interests and tastes, and their close attention to detail. The bedrooms are also individually decorated and furnished. Some have good antiques and original paintings, several have working fireplaces, and all but two overlook the harbour. The bathrooms are large, with bath tubs as well as showers, and there are two rooms on the ground floor for wheelchair users.

As this is a townhouse Paddy and Julia do not serve dinner but they are both deeply interested in food, their breakfasts are legendary and they are always on hand for advice on the best local restaurants. 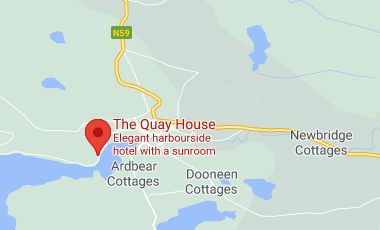 “Thanks for welcoming us so kindly to your beautiful Quay House. One really feels like they are being welcomed into your home upon arrival. It must be said how special and charming the accommodation is. So many beautiful things inside to look at and then you have the beautiful surroundings to view from the windows. We certainly hope to be back soon!”

“You made our stay in Clifden, and Ireland, so unforgettable. What a beautiful spot you have and jt was such a pleasure to get to know you it was as if we were old friends. Had I known how special your lodgings were we would have stayed much longer. It really made the last few days of our family holiday so special.” 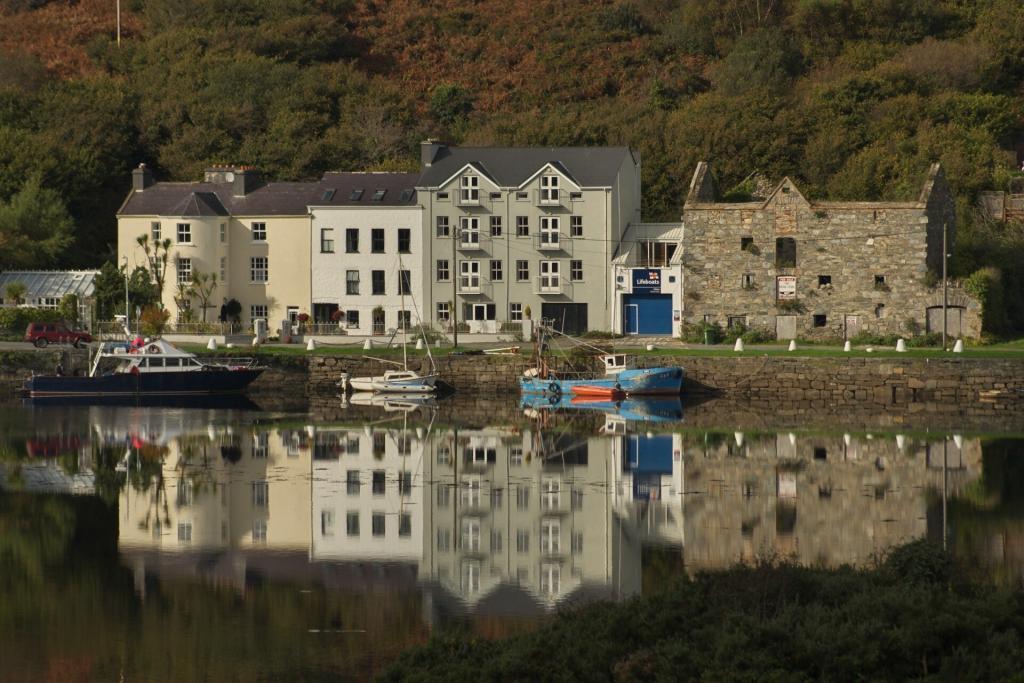 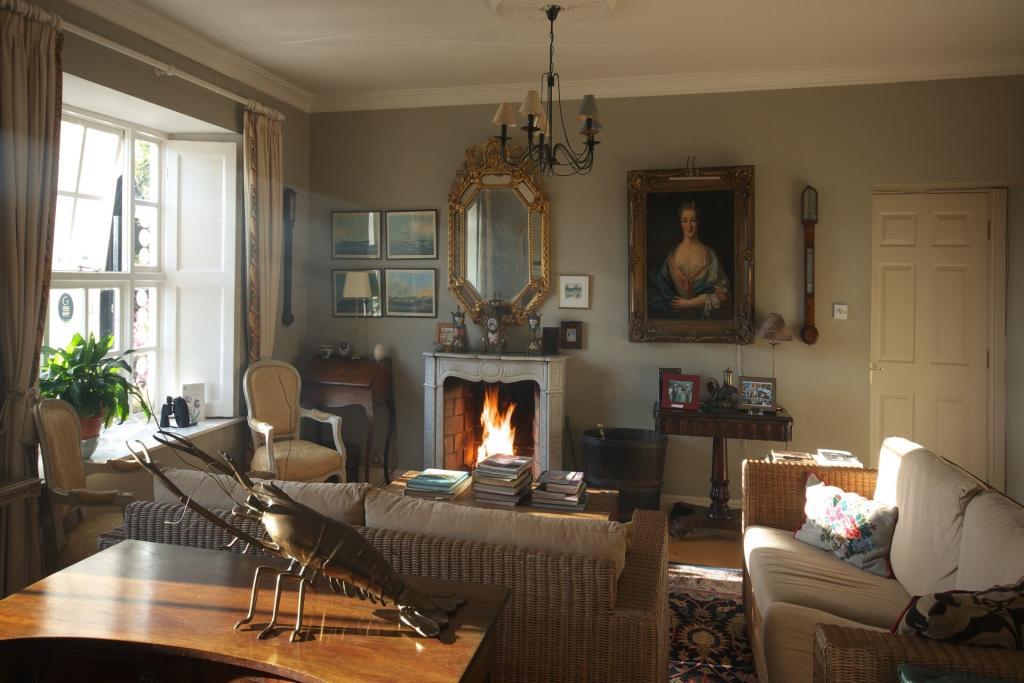 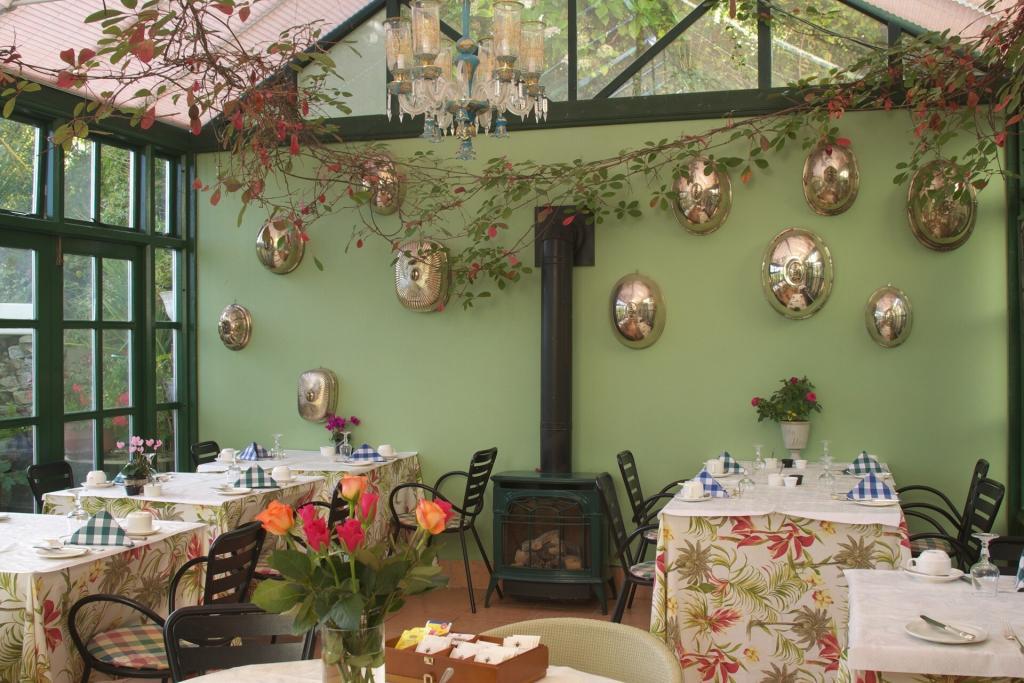 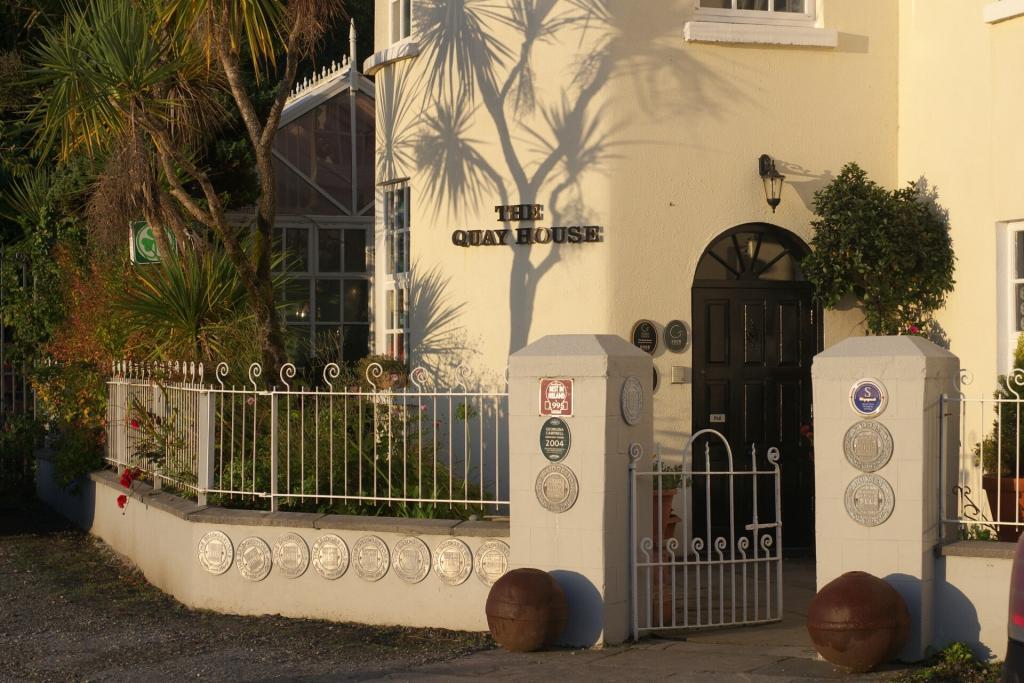 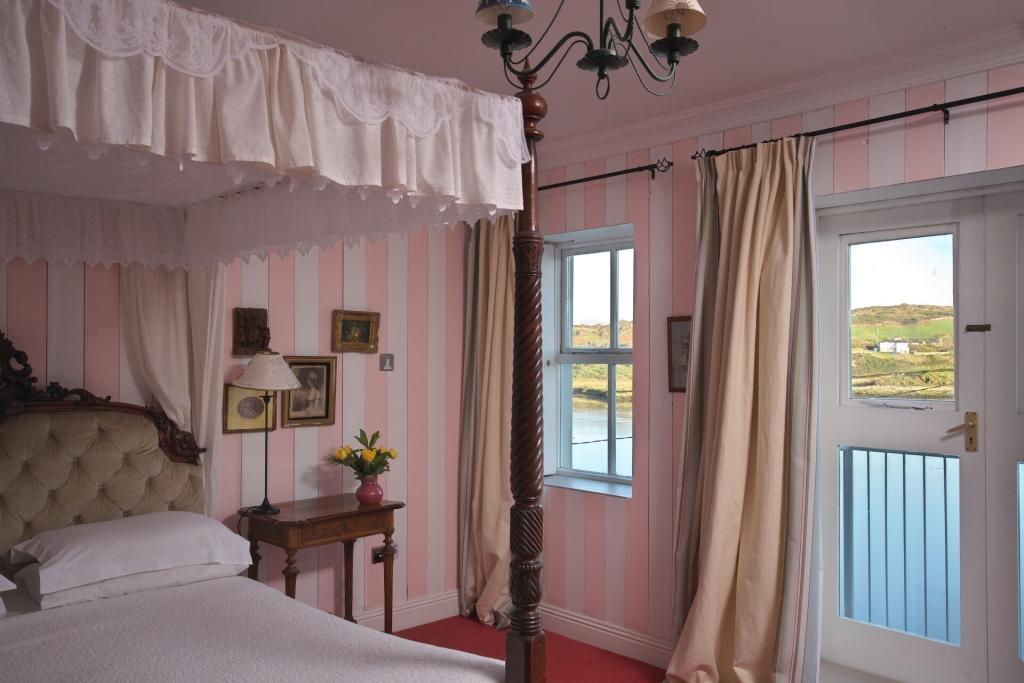 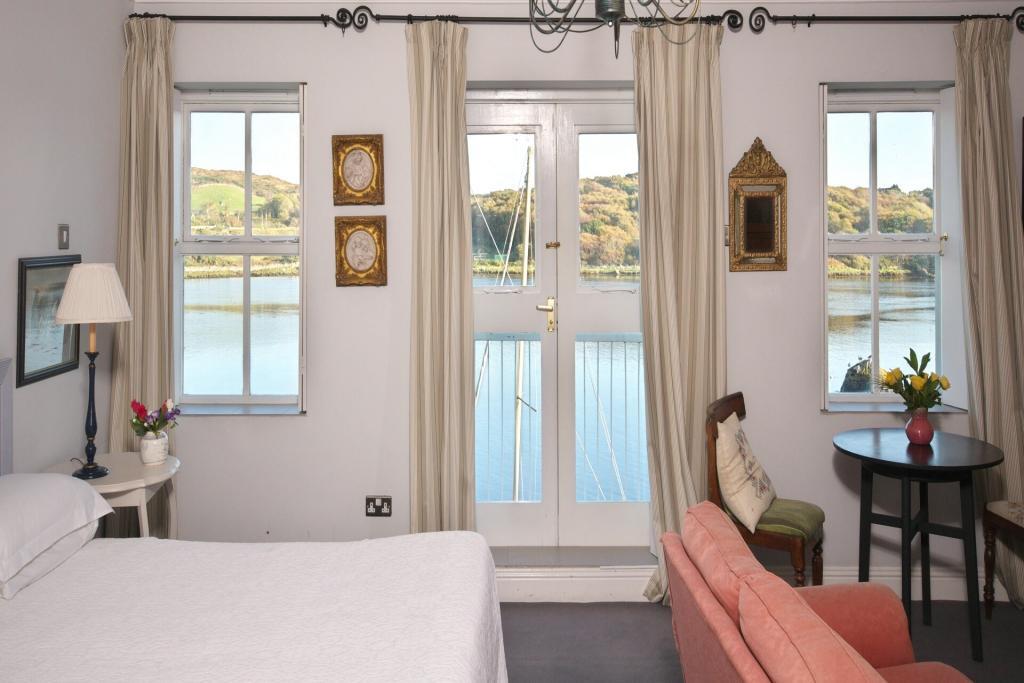 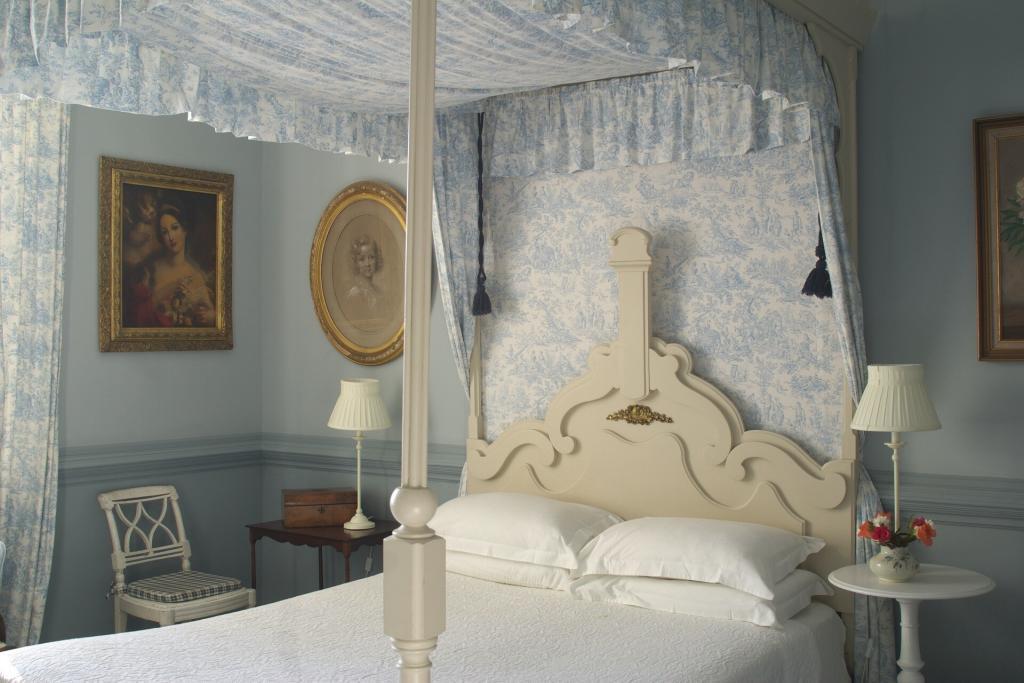 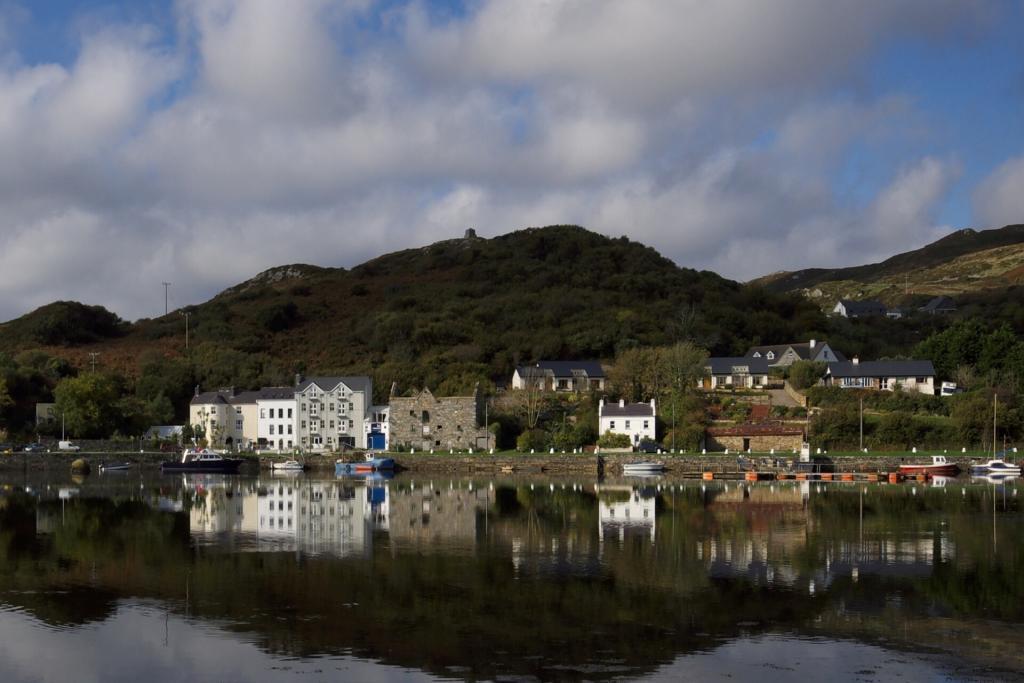